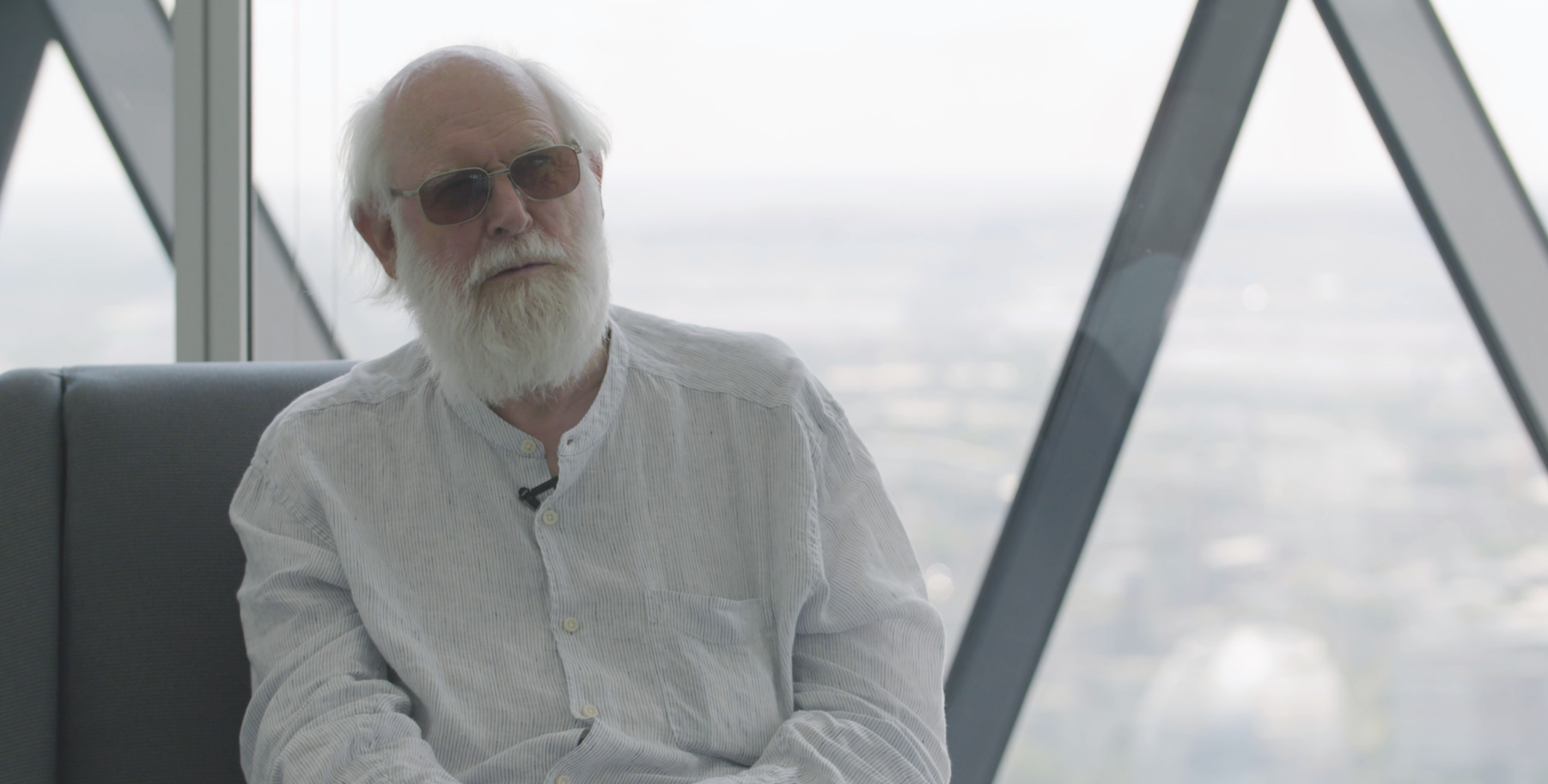 In the eighth episode of the 'Inside the Archive' series, architect Laurie Abbott speaks about how he came to join Team 4 as a junior architect before moving to discuss the impact Creek Vean and the Factory for Reliance Controls had on the design of future housing and office buildings. Abbott briefly provides insight into the influence cars and mobility have had on both his and Norman's career before speaking about the lessons he learned while at Team 4.

Abbott begins by detailing how he first heard about Team 4, his initial impressions and the application process he undertook to join the team. He then turns the conversation to highlighting two buildings from the practice’s early years that he considers being pivotal: Creek Vean and Reliance Controls. When speaking about Creek Vean, Abbott particularly focuses on the many last-minute iterations the building went through in order to better integrate with the natural environment while deploying the unique features of the original building site. Then, Abbot goes on to discuss how Reliance Controls Factory revolutionized the design and construction processes of office buildings while also putting Norman Foster and the rest of Team 4 on the map. Throughout his detailing of the development of both buildings, Abbott brings to light the constant pursuit of perfection that has defined Norman Foster’s work as well as the work of his fellow architects at Team 4.
Abbott then moves to talk about the central role driving and cars have played in his and Norman’s careers. By choosing to compare the construction of buildings alongside the design and use of cars,  Abbott makes a case for understanding Norman Foster as an architect deeply concerned with interdisciplinarity. Finally, Abbott briefly reflects on the lessons and skills he learned while at Team 4 and their lasting impact throughout his career.