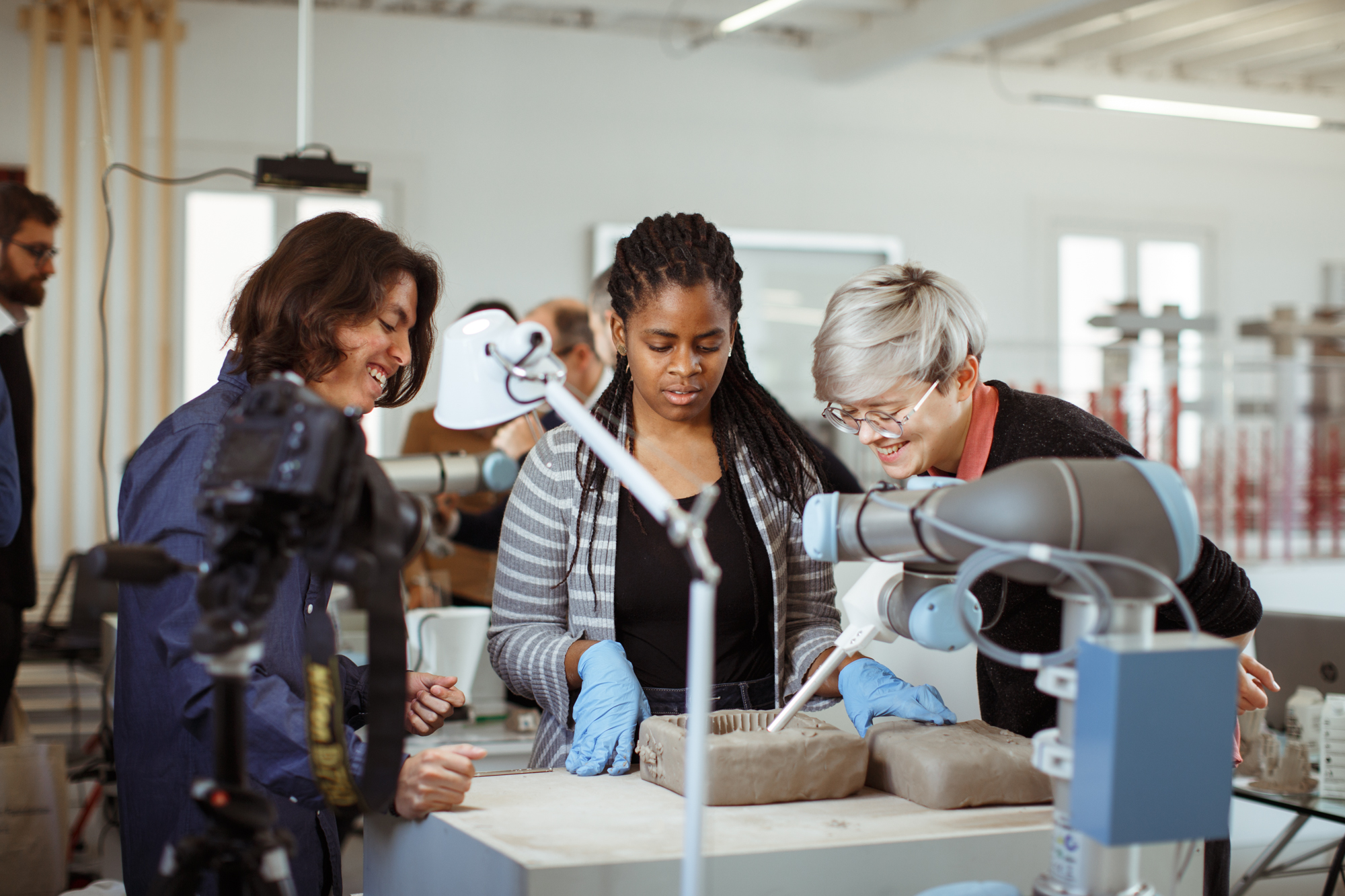 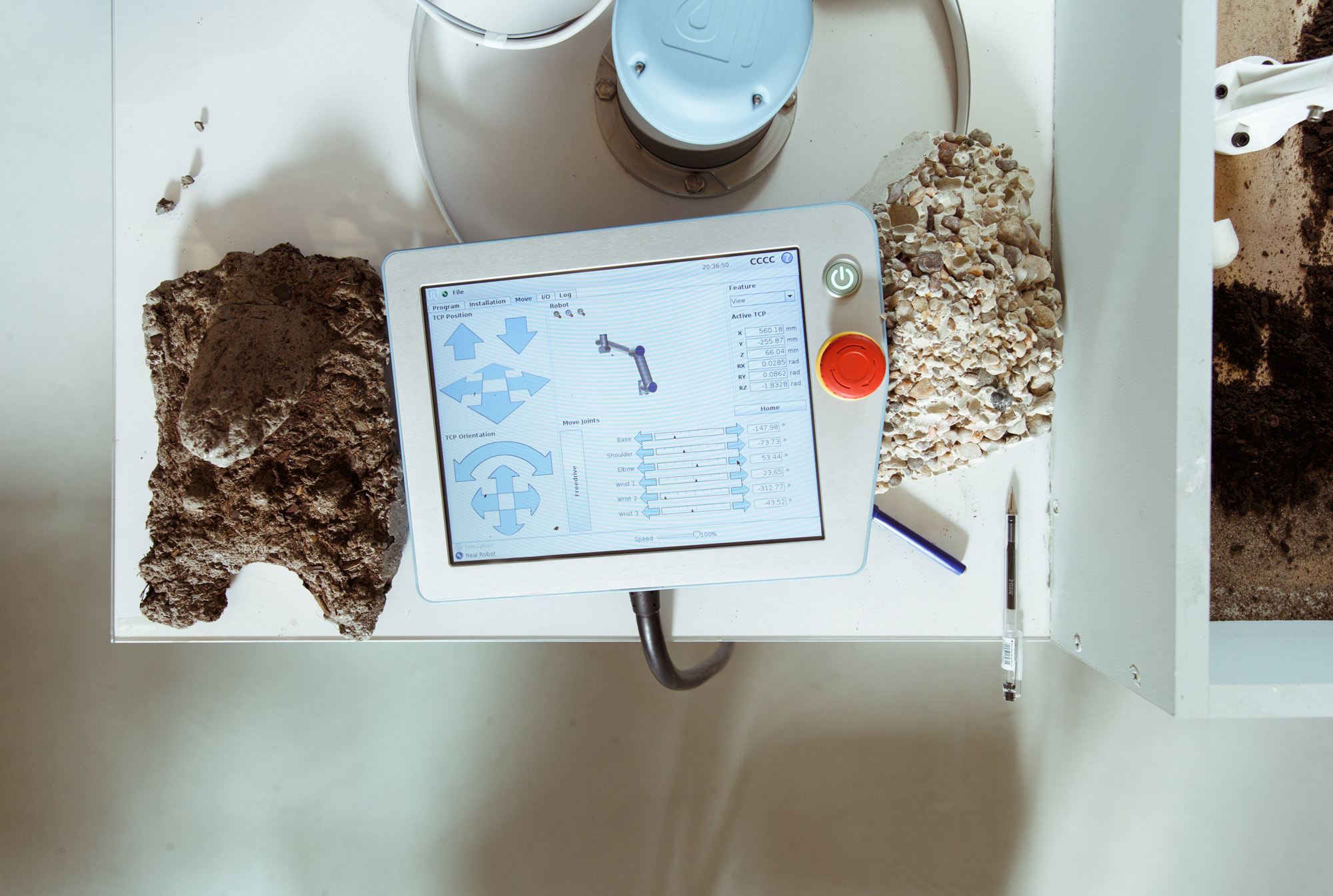 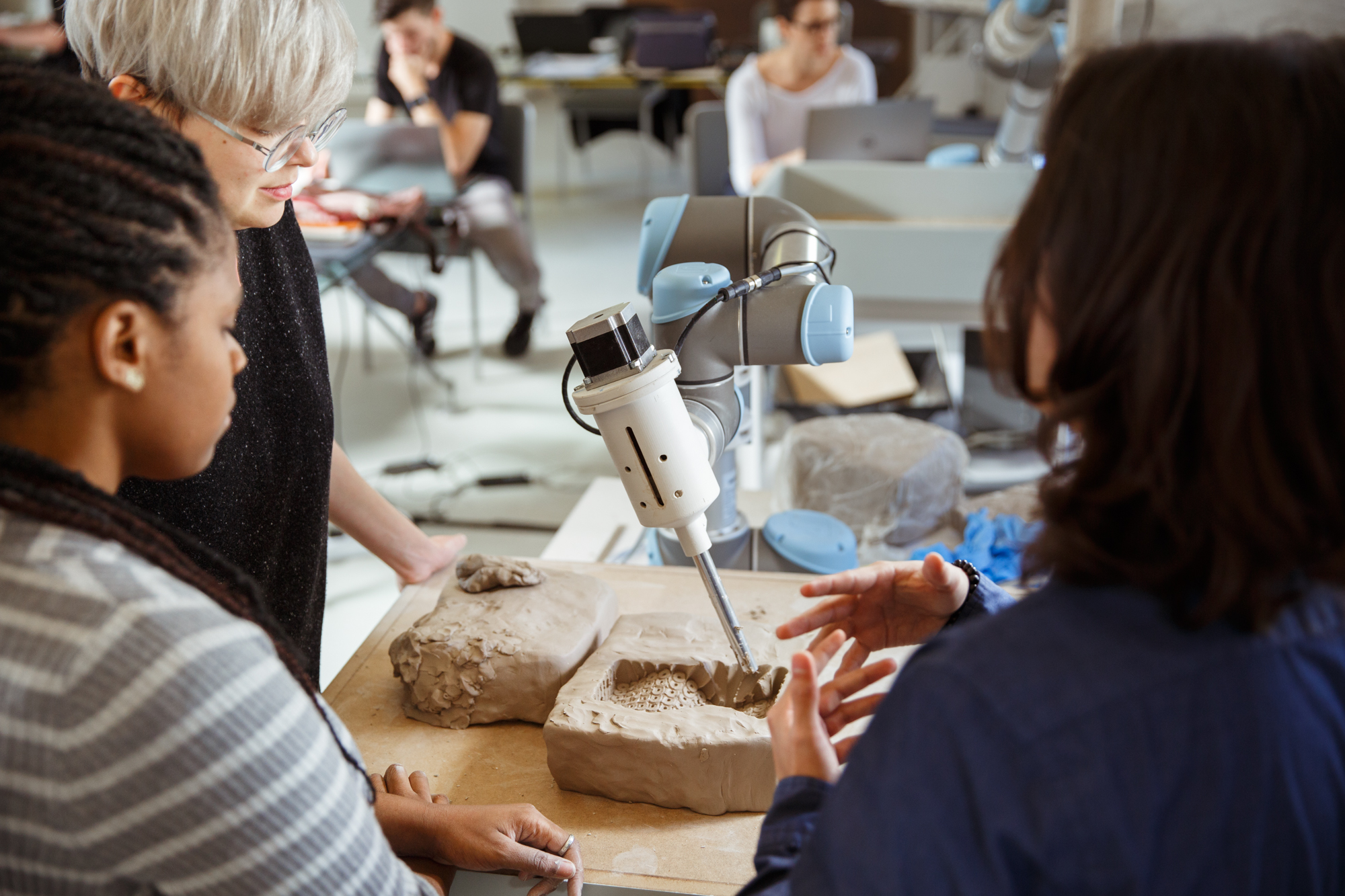 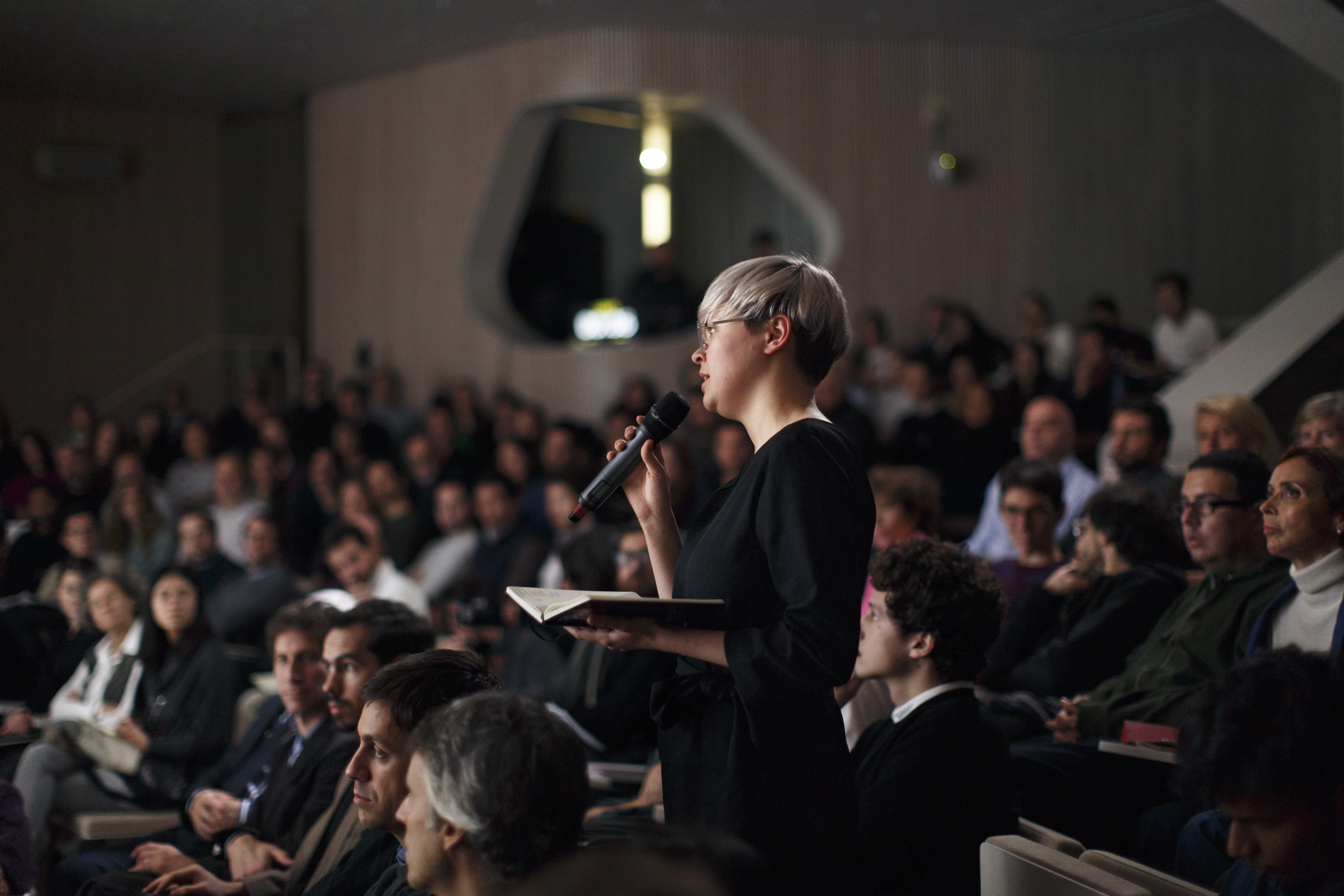 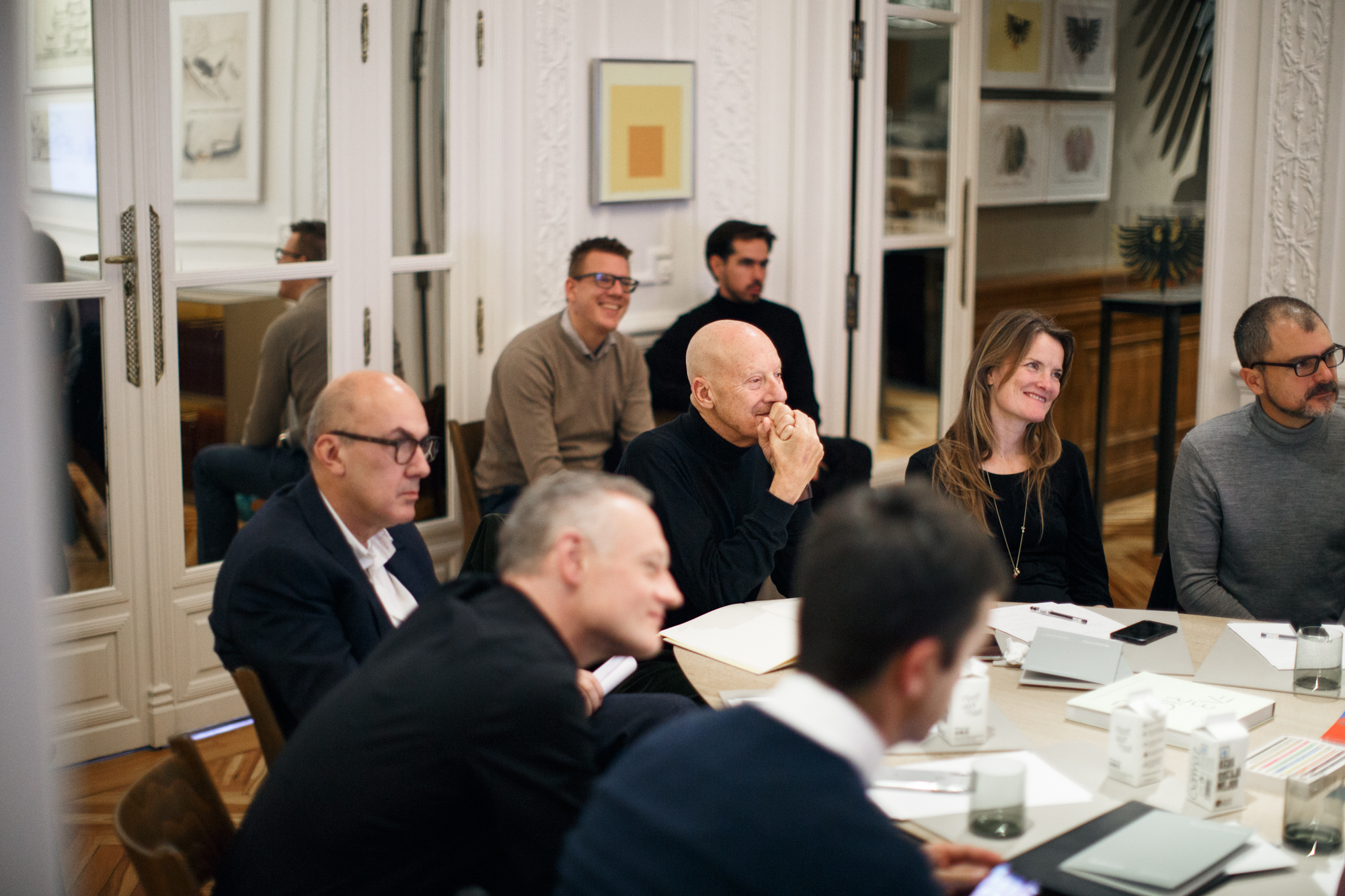 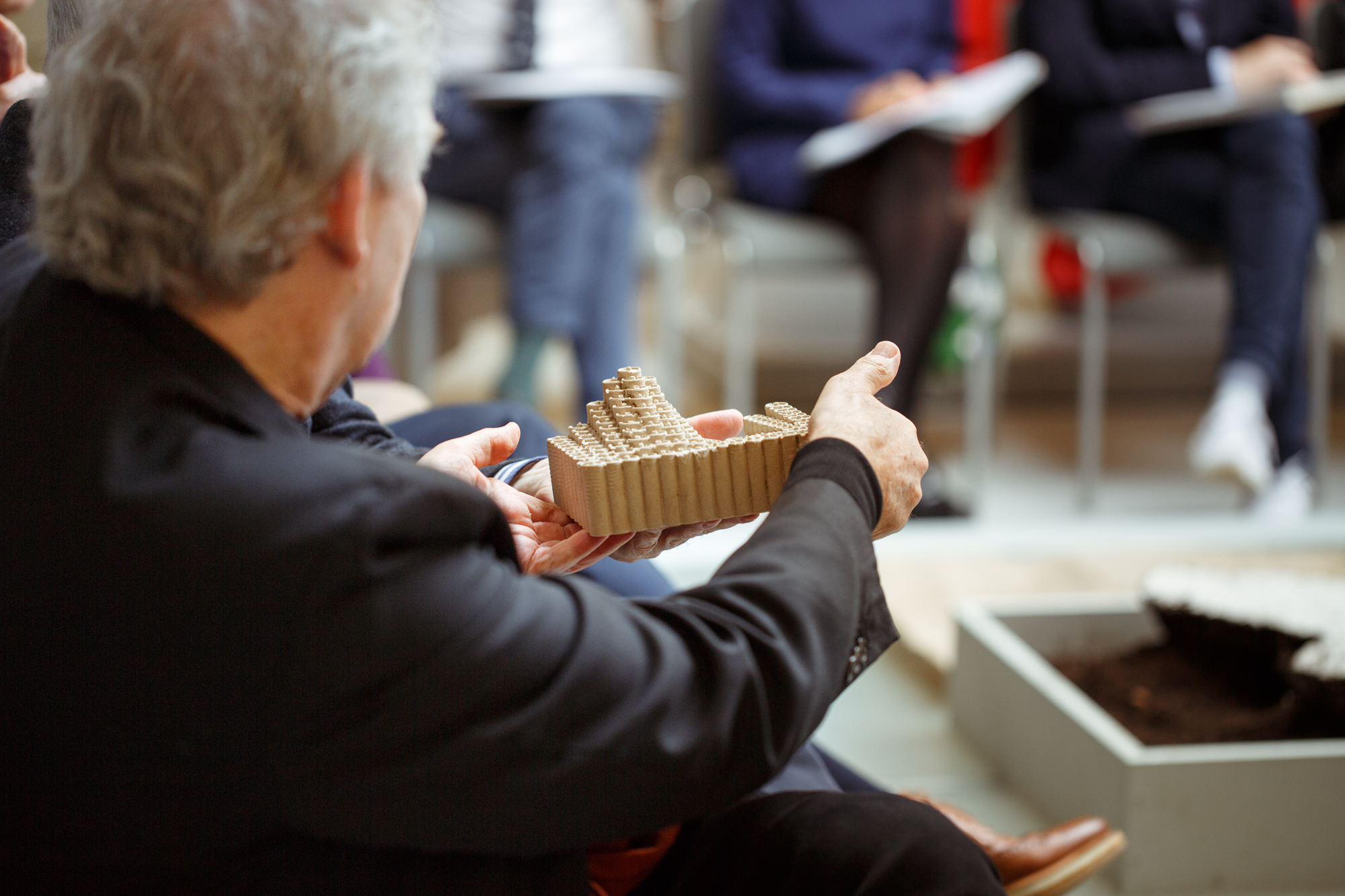 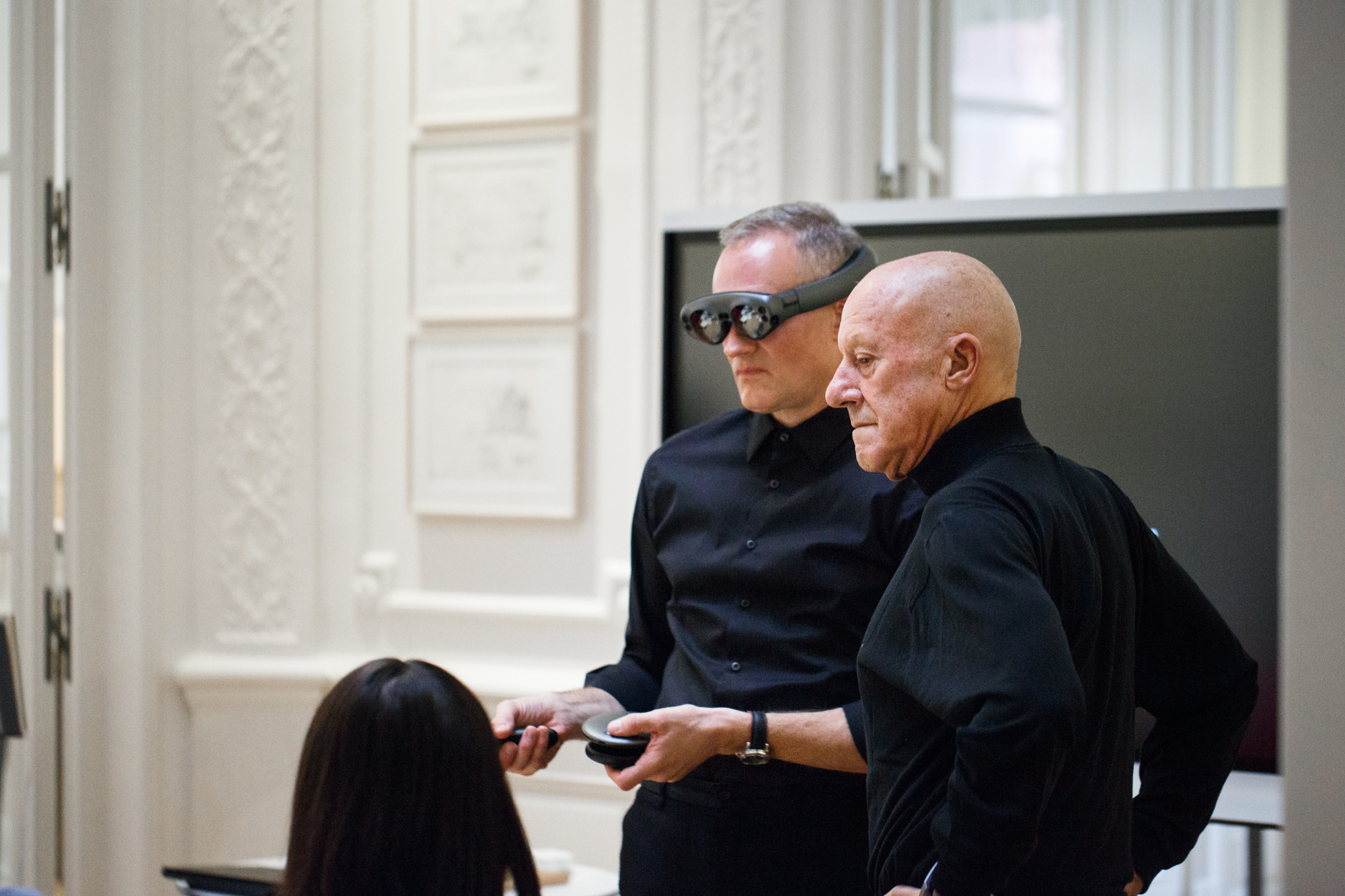 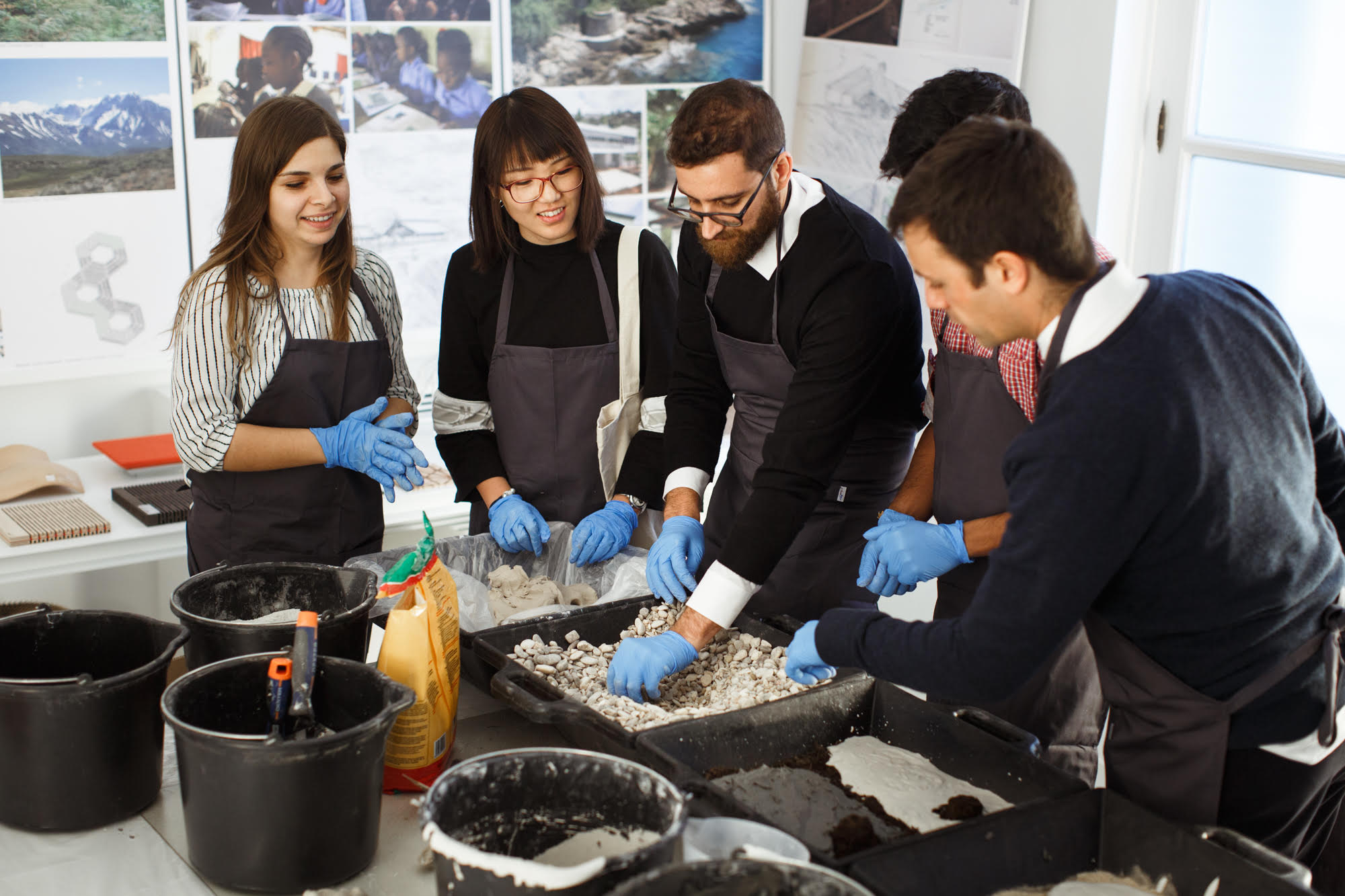 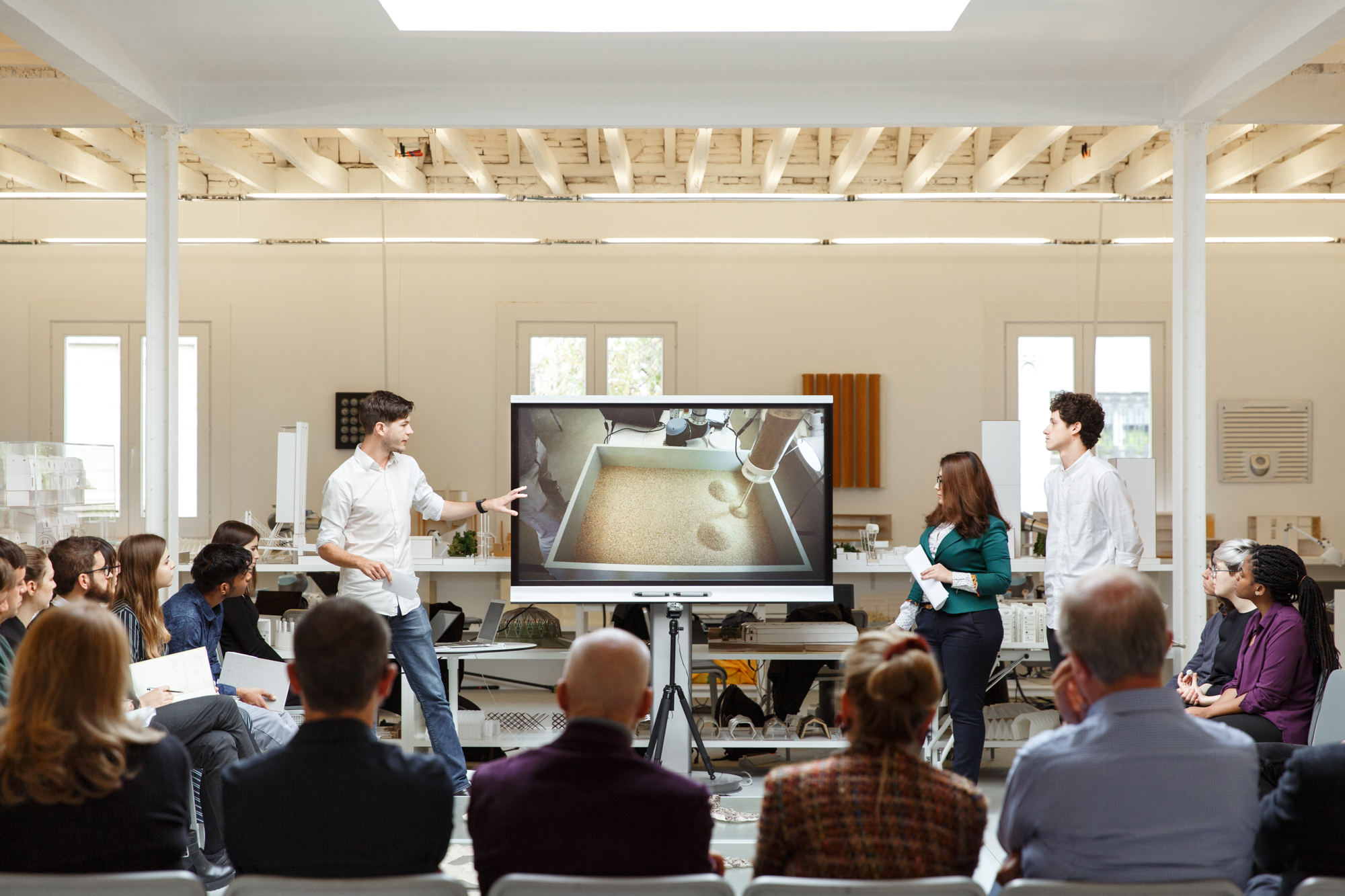 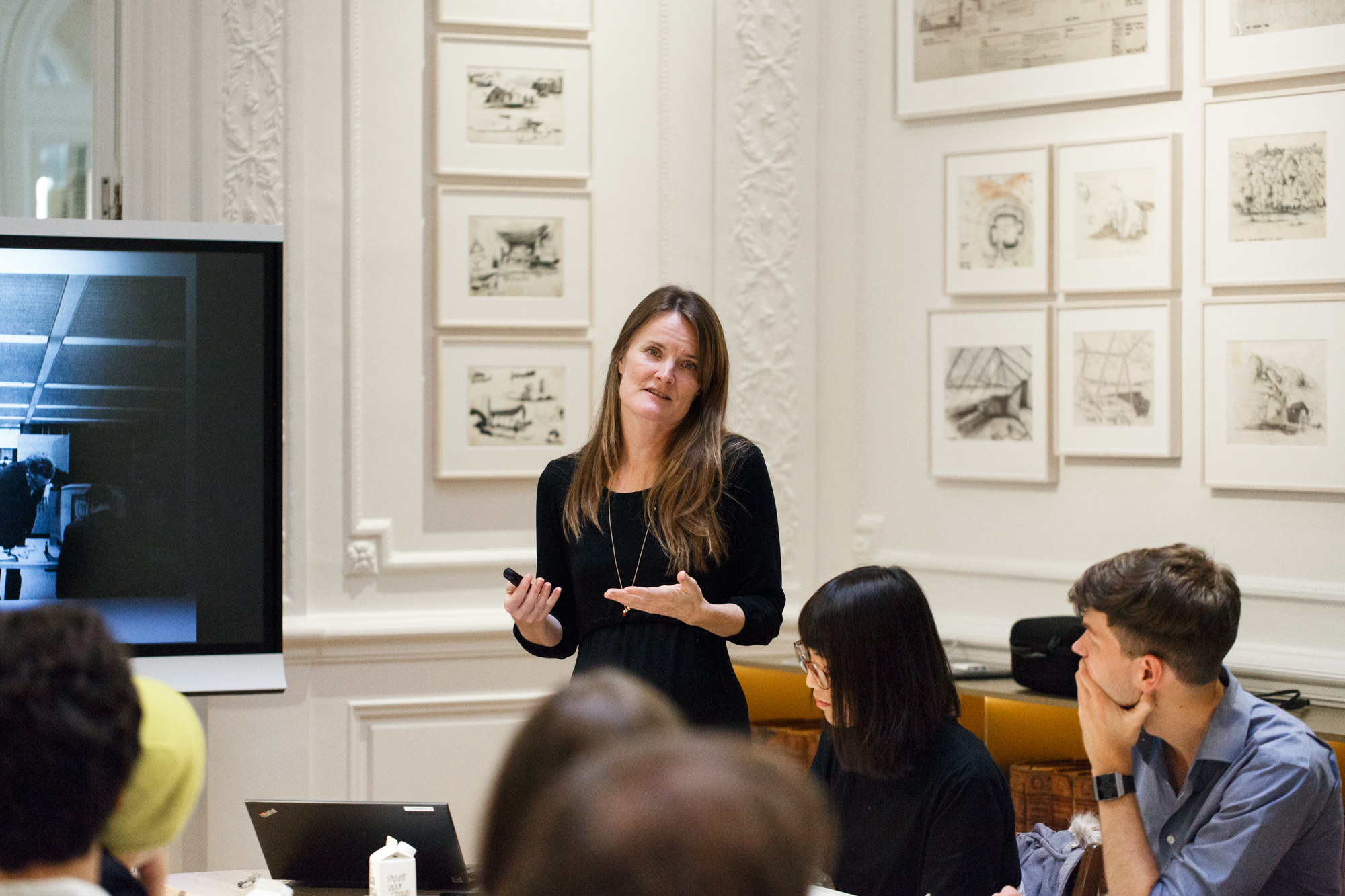 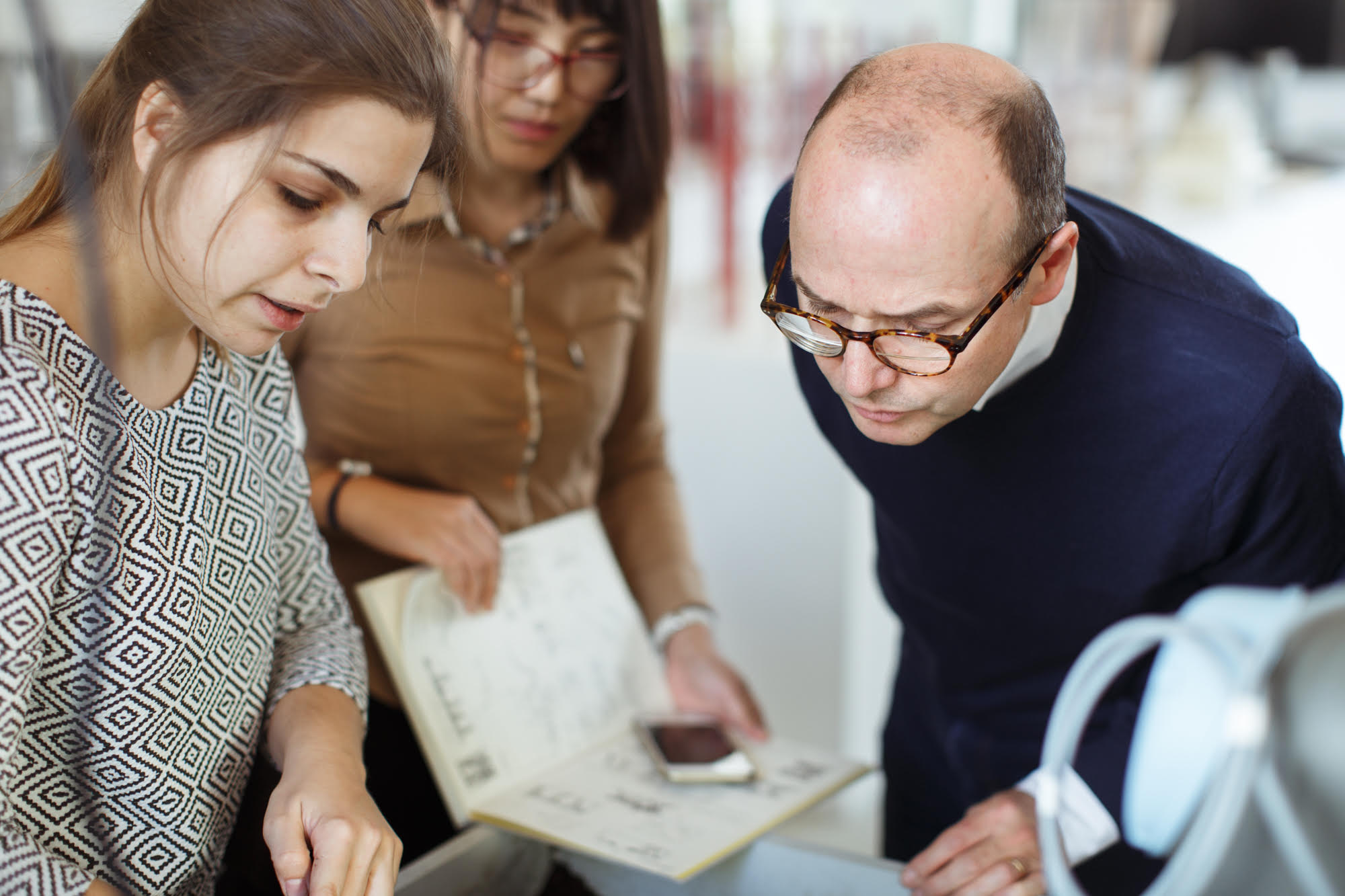 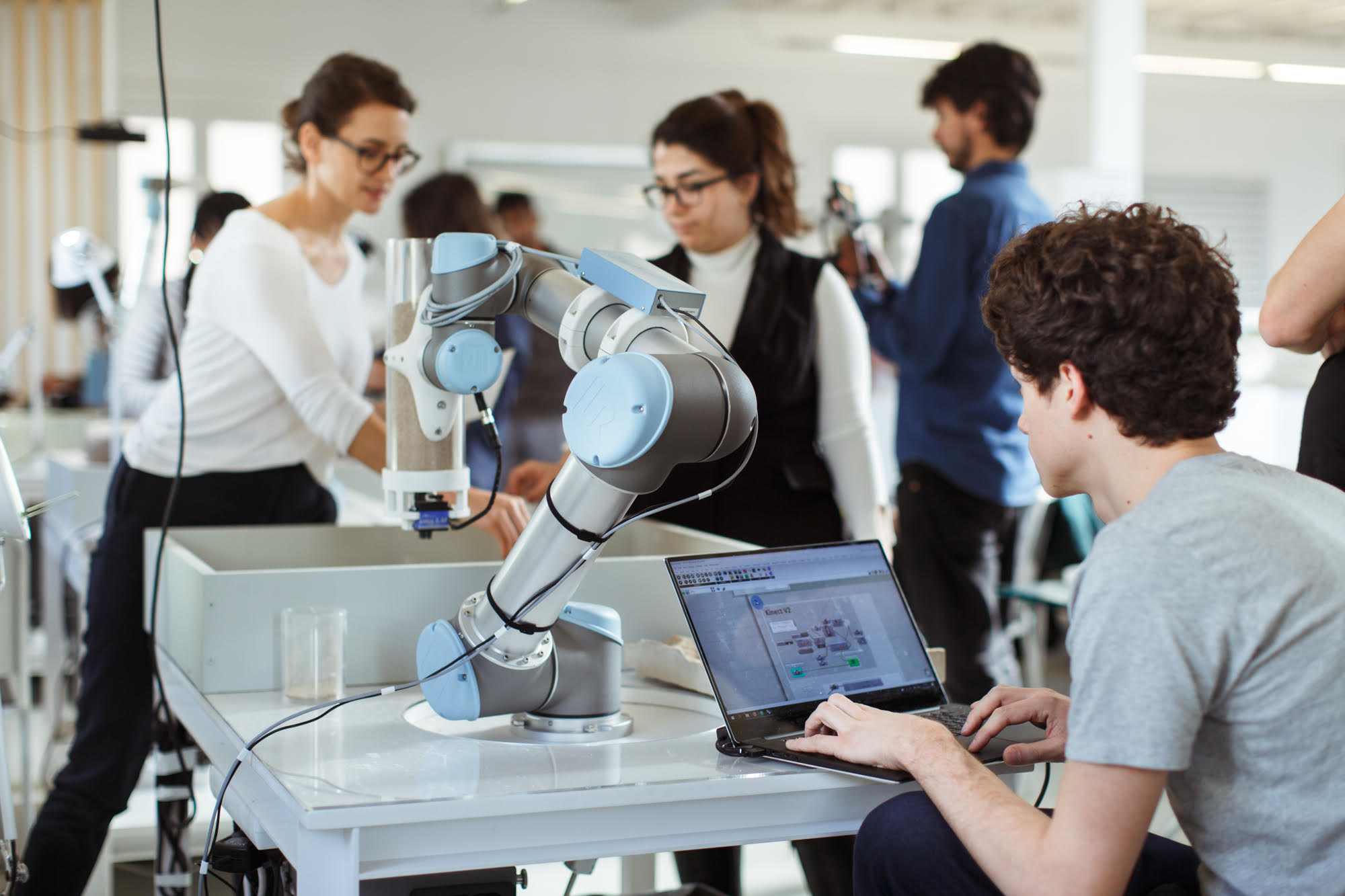 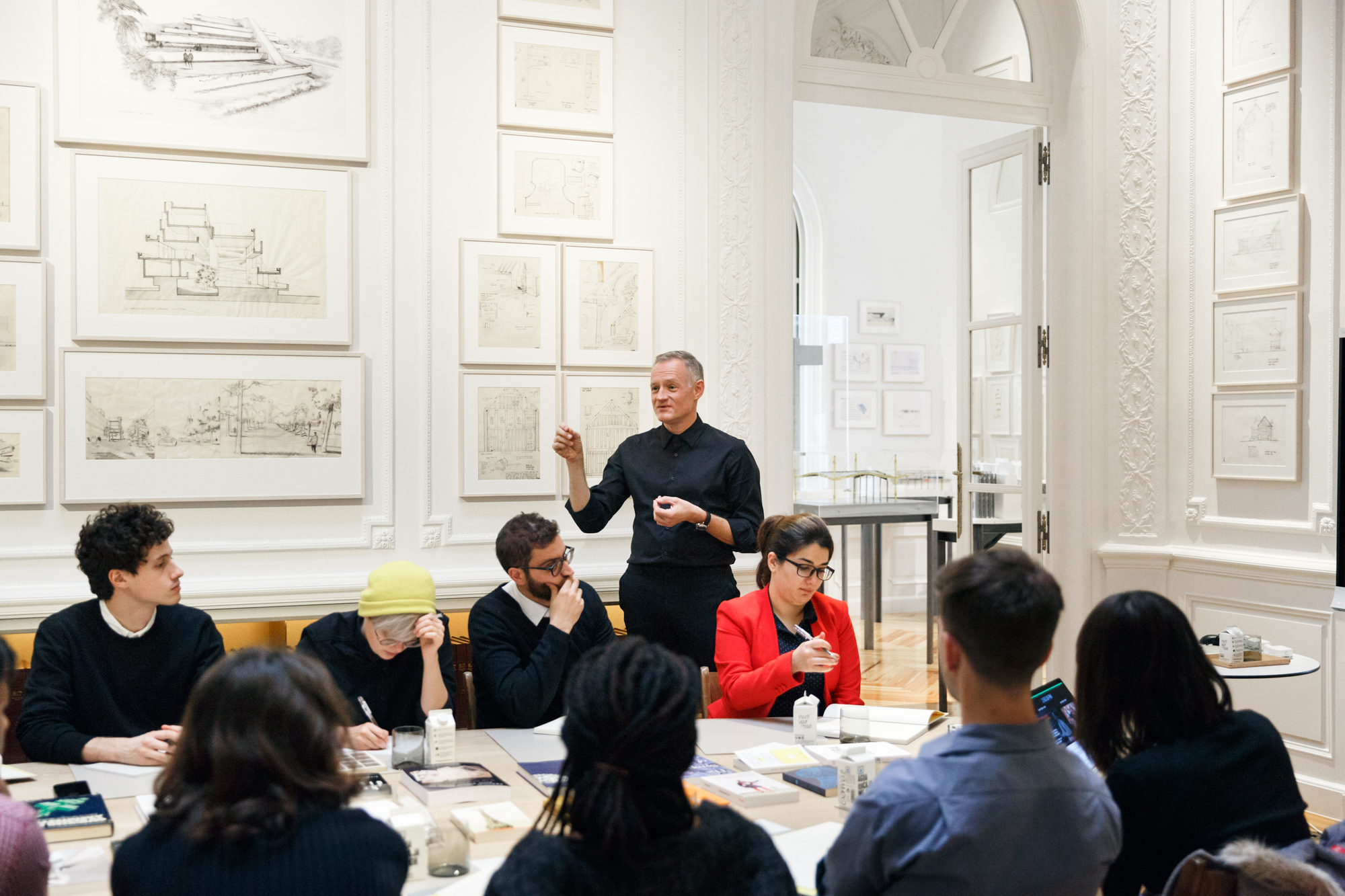 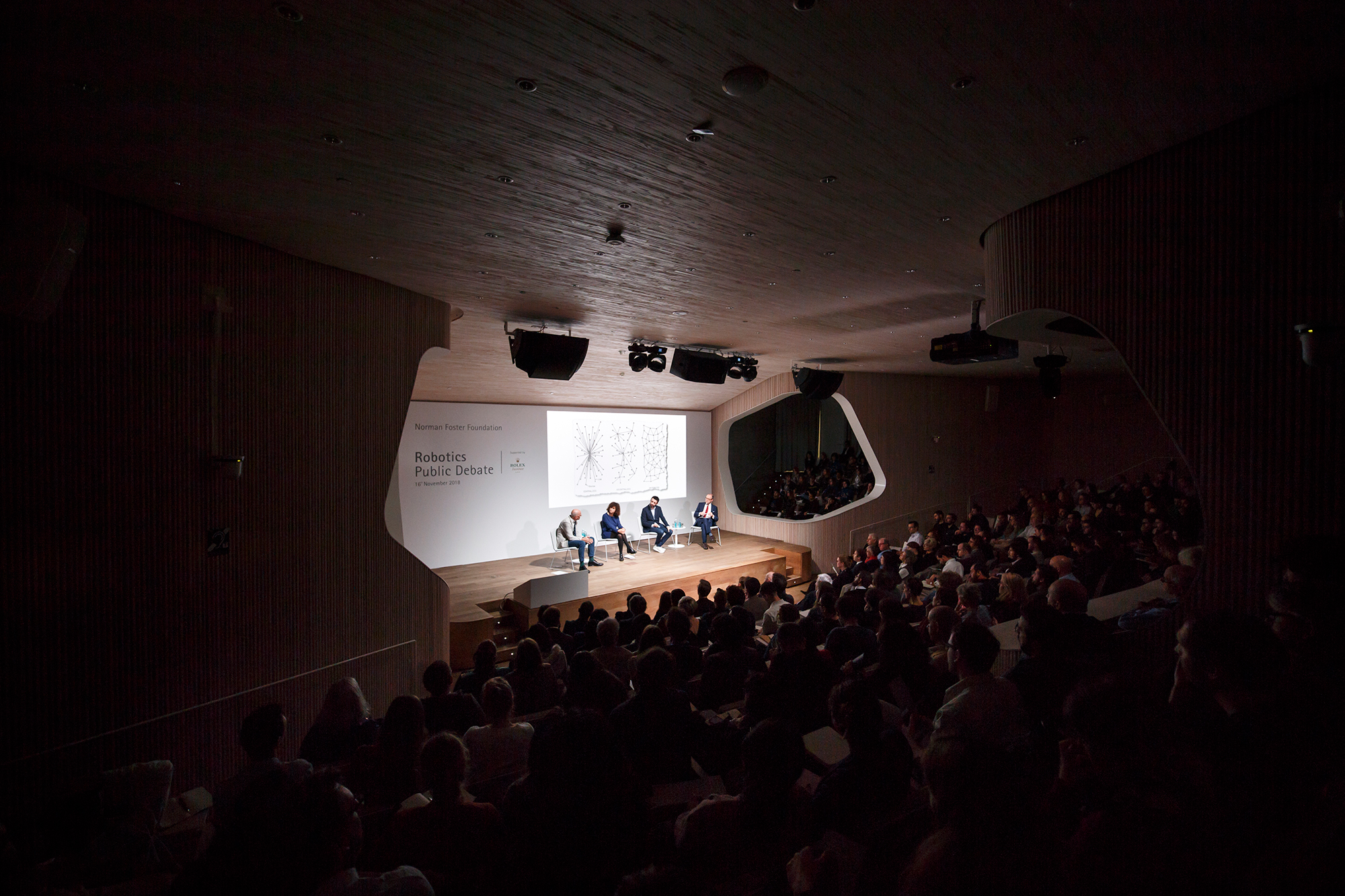 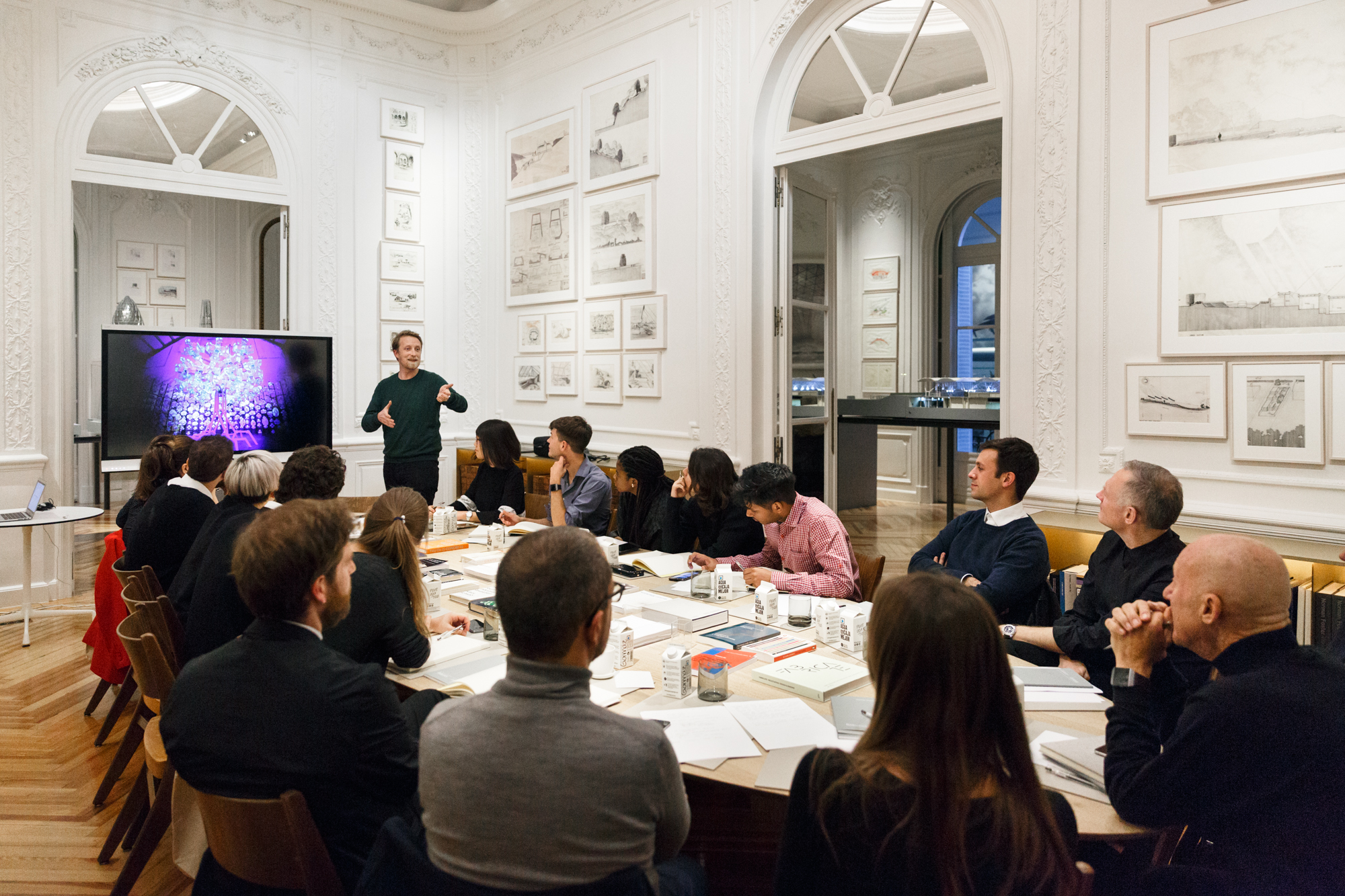 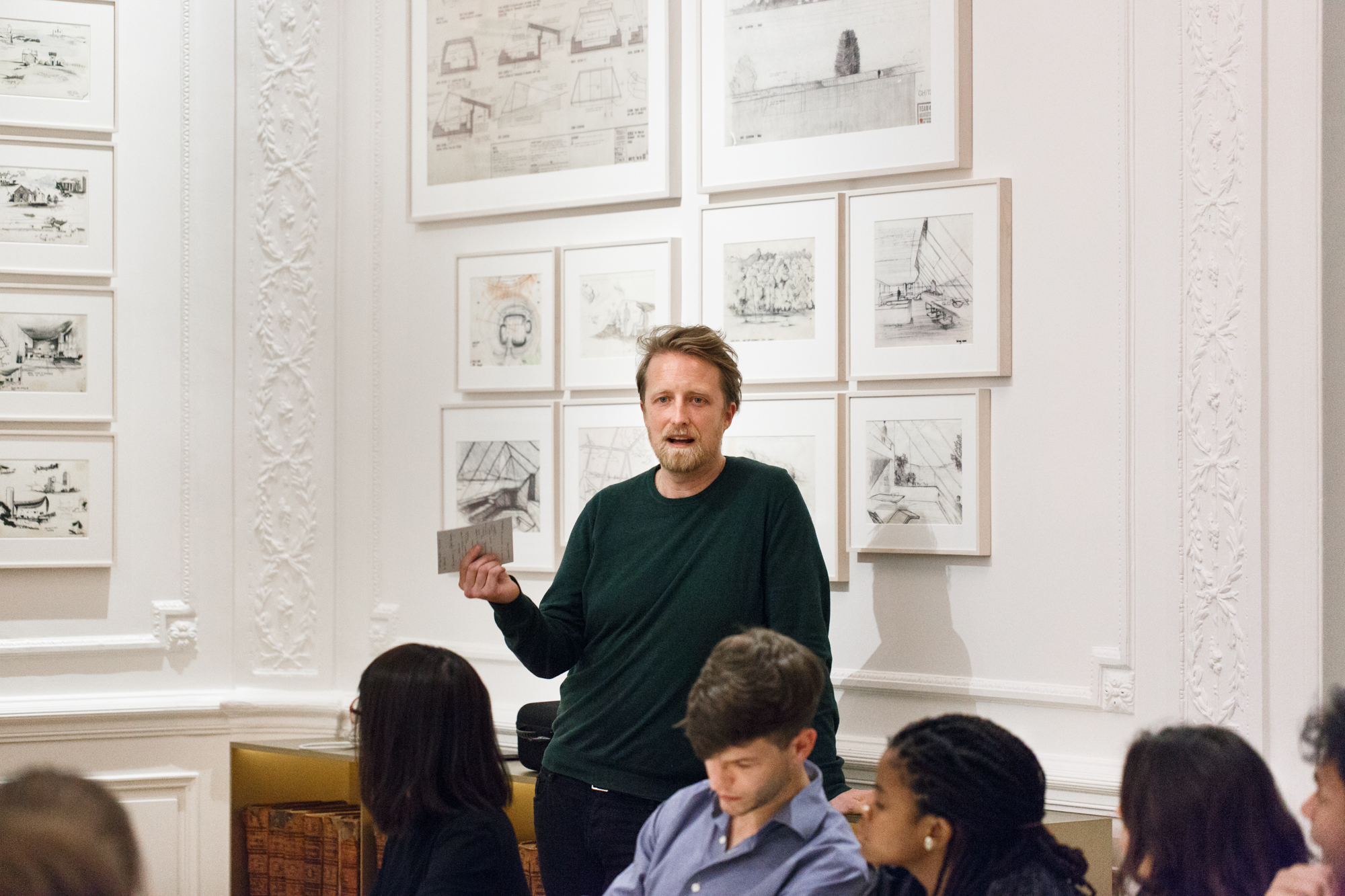 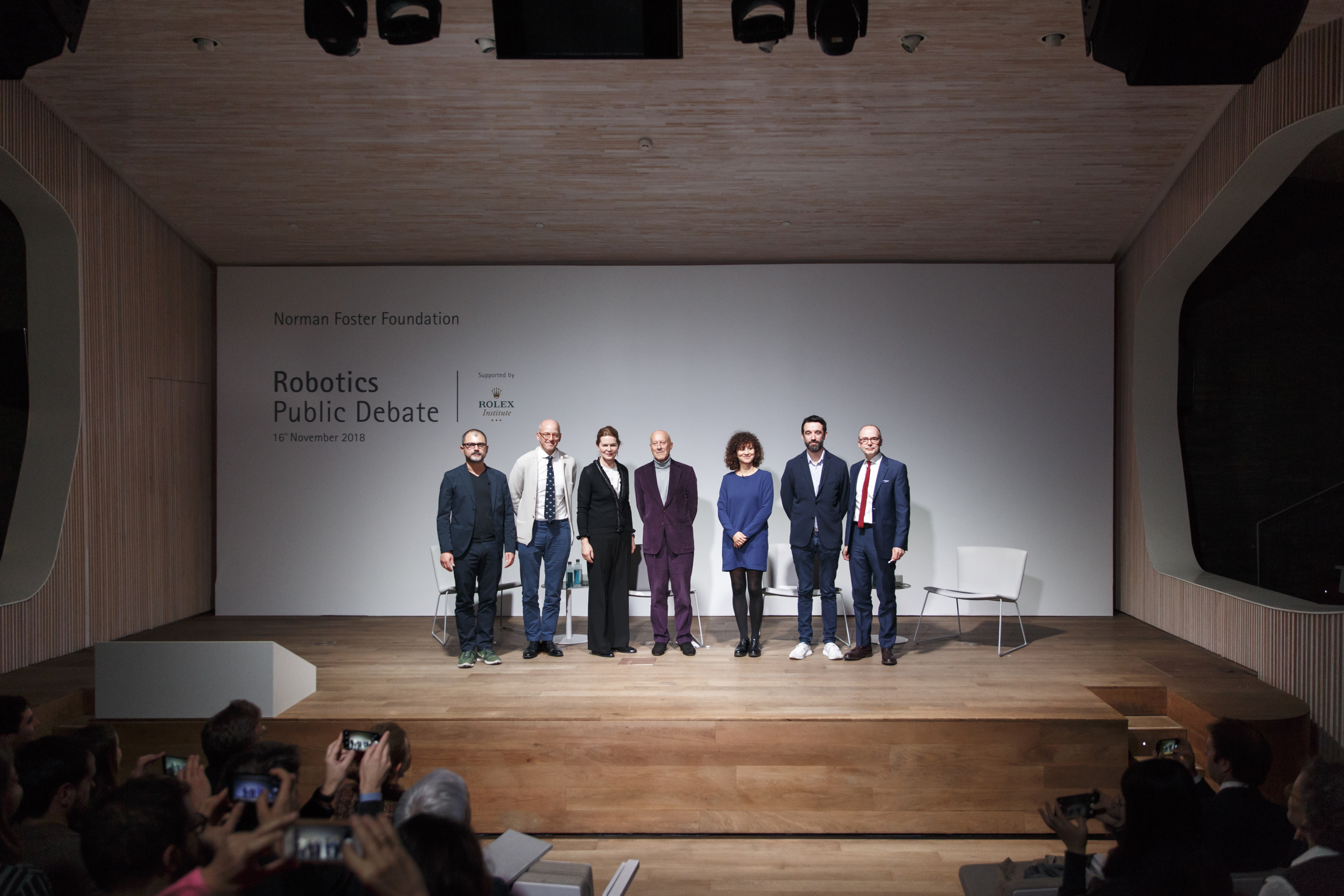 The second edition of the Norman Foster Foundation Robotics Atelier investigated new ways of reflecting on the physics of architecture, its design and materialization.

The Robotics Atelier gathered scholars and professionals to reflect on technological integration and digital fabrication in architecture. The atelier included both theoretical and practical aspects, under the mentorship of Fabio Gramazio, together with the Gramazio Kohler Research team at the ETH Zurich.

The robotics atelier workshop, Zero-waste Formwork, gave scholars the possibility to test the interaction between robots and granular matter processing. Scholars were divided into three groups and assigned a different tool and material to work with. During the workshop, they created highly informed architectural artefacts, reusable and re-configurable with high geometrical flexibility and no material waste.

Coming from the field of digital innovation, Todd Eckert lectured on multiple disciplines converging into new fluid realities. Following Eckert’s words, ‘society has reached out a point in which recovering the authenticity and trust in the media has become essential’.

Mette Ramsgaard Thomsen shared her experience at the Royal Danish Academy of Fine Arts’ Centre for Information Technology and Architecture (CITA) Studio, where digital practice is grounded in research. She framed our moment in history as a turning point, insisting on the relevance of the revolution in our material practices. Following the same line, Ruairi Glynn shared his art and architectural projects from the Interactive Architecture Lab at UCL (University College London), where he directs research. Glynn argued for the imminent co-habitation of humans and robots.

From a more theoretical position, Antoine Picon examined the reality of automation in architecture, in order to counter the extended, and often simplistic, a vision of a future in which computers and robots will help designers conceive and realise buildings with total clarity. Anne Faucheret, on the other hand, highlighted how robots have populated art and literature, and are more present than ever in today’s media. Iñigo Lazkanotegi discussed the application of big data, deep learning, and AI to industrial processes. Jonathan Ledgard, from a broad economic, political, and technological perspective, explored the potential of robots in emerging economies which were ‘time rich’.