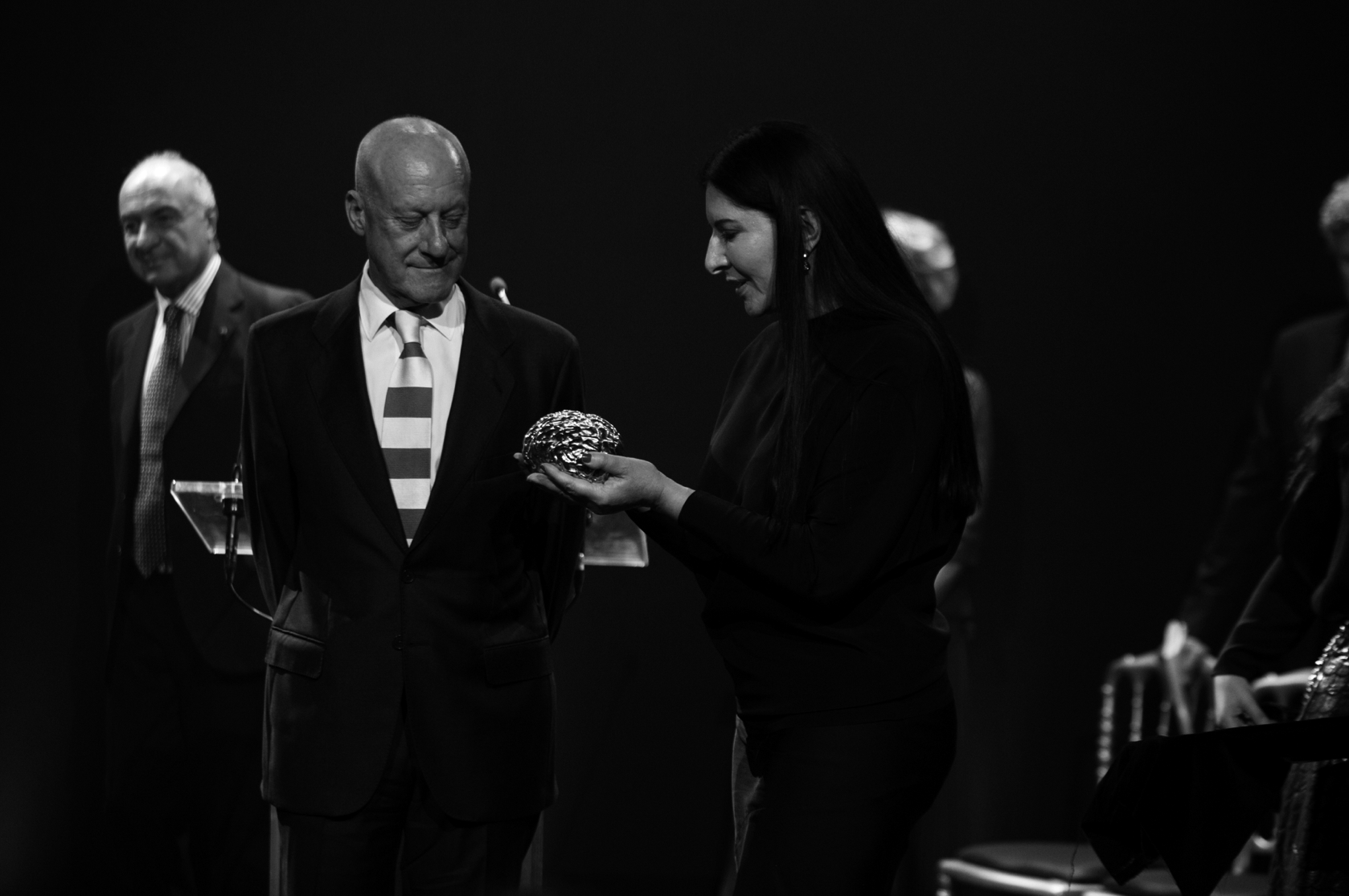 Lord Foster has received the Scopus Award – the highest honour conferred by the Friends of The Hebrew University. It is awarded to individuals who make an exceptional cultural contribution and demonstrate humanitarian concerns throughout their careers, and symbolises the university’s highest ideals.

The award ceremony was held at a fundraising event at Campus Biotech in Geneva, in the presence of Lily Safra – benefactor of the Edmond and Lily Safra Center for Brain Sciences, which has been designed by the practice, Professor Menahem Ben Sasson – President of the Hebrew University of Jerusalem, Gültin Ephrati – President of the Swiss Friends of UHJ-Switzerland, and artist Michal Rovner, with Phillippe Amon offering the Laudatio to Lord Foster.

This year, the award was designed and presented by acclaimed artist Marina Abramovic – a golden replica of Norman Foster’s brain, enclosed within a custom-made cap equipped with LED lights. Abramovic’s sculpture was based on the idea of luminosity, and the form was derived from a 3D scan of Lord Foster’s brain.