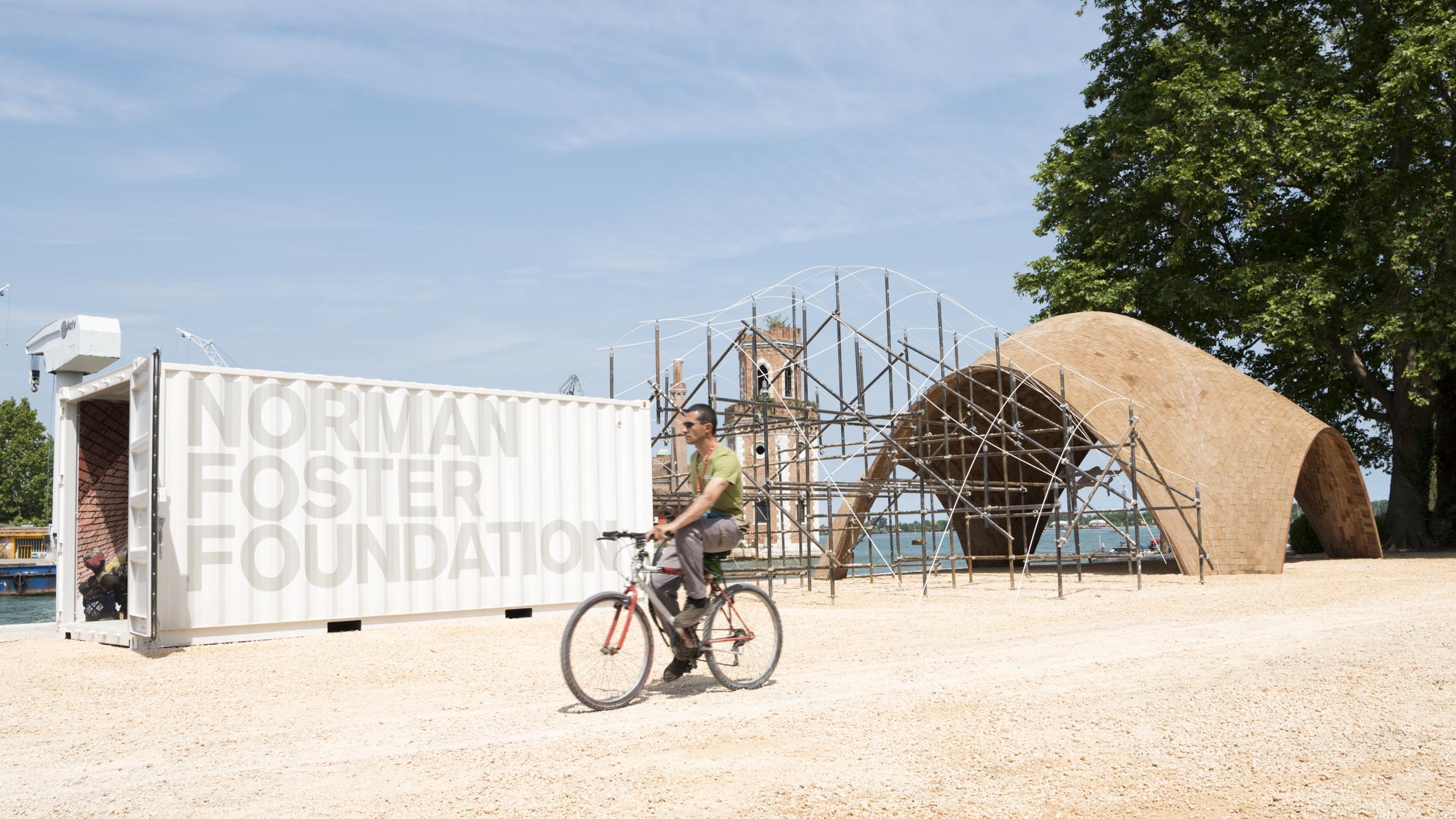 A full-scale prototype for a Droneport has been built on site in the Arsenale in Venice and will be unveiled at a press preview during the 15th International Architecture Biennale on Thursday 26 May at 15:00. The Droneport prototype is the first project to be presented by the Norman Foster Foundation.

The proposal is to create a network of Droneports to deliver medical supplies and other necessities to areas of Africa that are difficult to access due to a lack of roads or other infrastructure and the ambition is that every small town in Africa and in other emerging economies will have its own Droneport by 2030.

The pilot project – which will be launched this year – is based in Rwanda, a country whose physical and social geography poses multiple challenges. The initial plan for three buildings, to be completed by 2020, will enable the network to send supplies to 44 per cent of Rwanda. Subsequent phases of the project could see in excess of 40 Droneports across Rwanda, and the country’s central location could allow easier expansion to neighbouring countries such as Congo, saving many thousands more lives.

Jonathan Ledgard, founder of the Pioneering Redline Cargo Drone Network, a concept he developed at the Swiss federal institute of technology in Lausanne (EPFL), approached Norman Foster with the concept because of his combination of airport design experience and knowledge of flight as a pilot of sailplanes, helicopters and aircraft. Foster then shared the challenge with his colleagues Narinder Sagoo and Roger Ridsdill Smith at Foster + Partners. Working with their teams, the basis of a modular vaulted system evolved. It has fallen to the Norman Foster Foundation to advance it beyond early feasibility stage and has led to the present team to design, engineer and implement the project through to a built reality.

All images © Nigel Young. Courtesy of the Norman Foster Foundation